Nazareth has visited over 200 prisons and death row facilities in the United States, bringing laughter to even the most unexpected places...

Nazareth, originally from the Holy Land, has been honing his talents as a comedian for 25 years. Prior to moving to the United States to attend college at the University of Toledo Ohio, he uprooted from Kuwait with nothing other than a passion to make the most of the life he has been given. His passion for comedy ignited when he asked himself one day, “What do I want to do in life that if I never get paid for it, I’d still do it to the best of my ability?” Making people laugh was the only thing that came to mind. The next day, he signed up at a California comedy club for open-mike night. He took the stage before a crowd of nine drunks. Nazareth recalls them laughing so hard that one of them fell off their chair. From the moment that he discovered his talent for bringing comic relief, his desire to do it for a living was without question.

FROm CHURCHES TO ARENAS, LAUGHTER IS EVERYWHERE.

Nazareth has seen much success in his 25 year comedic career. His dedication and unrelenting commitment to giving his audience his best performances have bore much fruit. This is has been evident from guest appearances on national television, performing for government official, and receiving accolades by prestigious individuals. The New York Times reported about one of his performances saying, “The show had the audience convulsing.” Nazareth has performed in numerous well-acclaimed stadiums and sports arena across the country. These venues include, but are not limited to, The Famous Grand Ole Opry in Nashville, The Pepsi Arena in Colorado, The Pizza Hut Center and The Toyota Center in Texas, and Notre Dame University’s Concert Hall. Though Nazareth has seen much success in the public eye, there is nothing that motivates his desire to perform his best than using his career and influence to benefit others.

WHAT PEOPLE ARE SAYING ABOUT NAZARETH 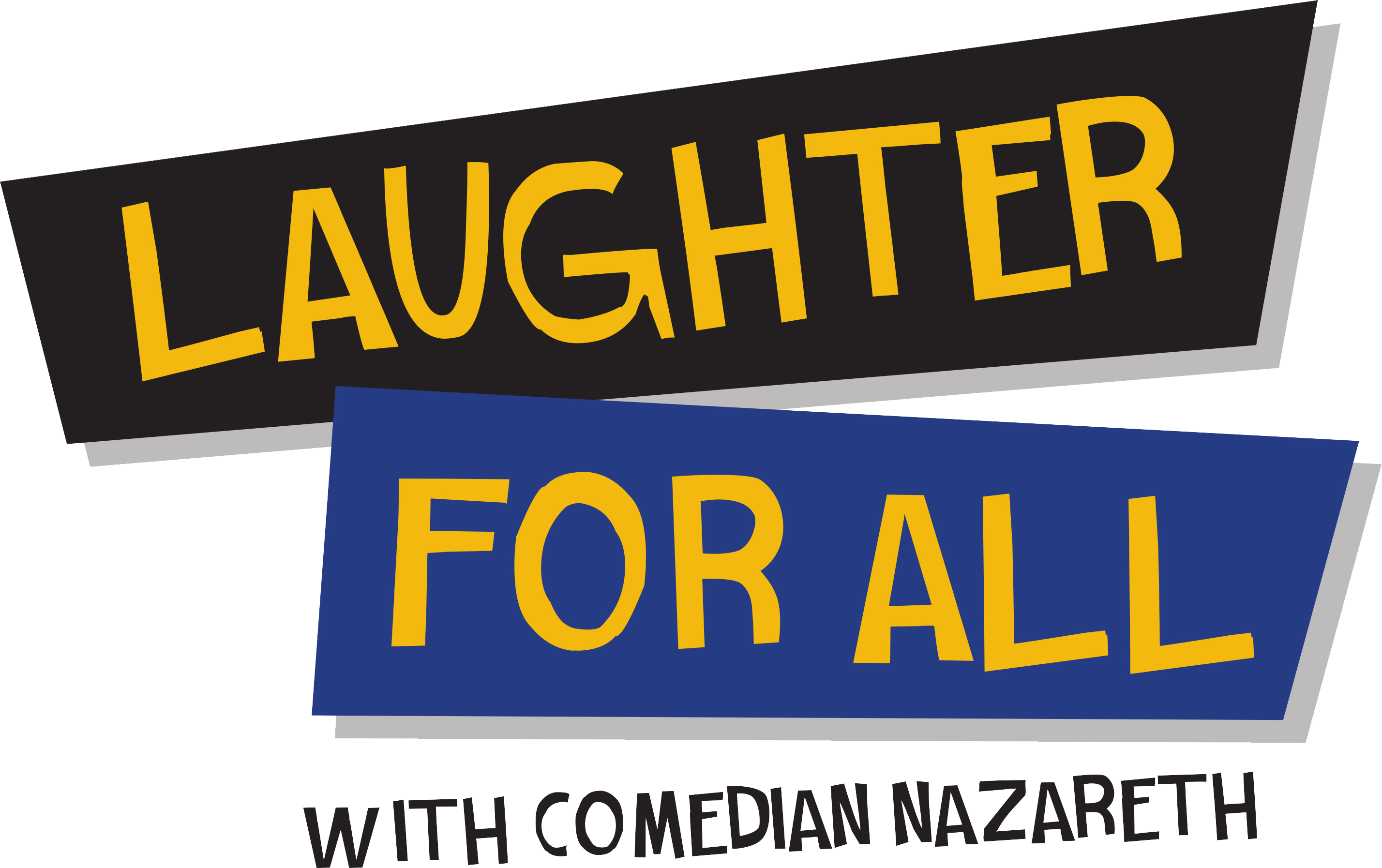 There is no questioning his motive for bringing happiness to his viewers. One thing that Nazareth is recognized by his free concerts, known as Laughter For All, that he hosts several times a year. These concerts are often described as inspiring and encouraging as they bring relief to his audience. This event focuses on giving people hope through a spiritual approach by providing entertainment that brings laughter through clean comedic acts. Nazareth’s motivation for hosting these event is to see people who cannot afford to go to a movie or a concert come together as a family, laugh together, and be encouraged. At the end of the night each under-resourced person leaves with a gift and a food box. This sought-after performance draws crowds as big as 5,000 people.

CLICK HERE TO VISIT LAUGHER FOR ALL
NAZARETH'S NEW BOOK

Hope in 24 Hours will leave Readers encouraged, inspired, and filled with hope and patriotism as they are reminded that any challenges they are facing can be overcome.